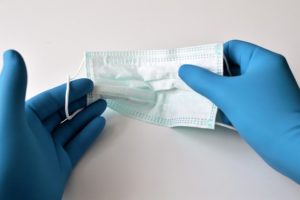 State officials say testing has confirmed a dozen juveniles and five staff members at the Boys State Training School in Eldora have tested positive for COVID-19.

As The Des Moines Register first reported, a staff member tested positive last week, prompting tests for all the boys and staff at the facility. A spokesman for the Department of Human Services says some of those who’ve tested positive are showing symptoms, but no one has had to be hospitalized for treatment.

DHS director Kelly Garcia spoke with reporters in May after a coronavirus outbreak was confirmed at another facility the agency manages.

“With the highly contagious nature of COVID-19, we knew it would be a matter when, not if we had a confirmed positive in any of our six facilities,” Garcia said during one of the governor’s daily news conferences. “We’re doing everything we can to protect our team and those we serve.”

The Boys State Training School in Eldora normally has about 70 residents. They are juveniles who’ve been declared delinquents by a judge. Visitors have been barred from the state training home for juvenile offenders since March 13.

“And effective April 25, all staff at all facilities wear masks at all times,” Garcia said.

Since the pandemic began in March, 85 residents and staff at DHS facilities have tested positive for the virus; 69 percent of them have recovered.