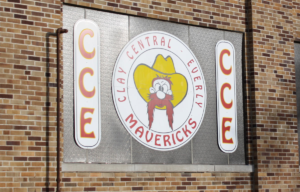 A northwest Iowa school board has tentatively sold the district’s vacant high school in Everly to a group that intends to start what it calls a “college for athletes.” Brent Koppie of Guardian Athletic Services, Inc,, says it would be a program for high school graduates who do not meet the academic requirements for admission to college.

“It would address the need for kids who are looking to go to college and continue on their athletic careers, but due to grade points or ACT scores — things like that, they’re not able to get into the colleges of choice and so this program would offer educational support while they’re attending online classes and it also would offer the athletic support as well,” Koppie says. “They’d be receiving athletic training while they’re on campus, too.”

Students would train for at least six hours a day.

“It’d start off with strength and conditioning in the morning. Throughout the remainder of the morning they would be attending their on-line classes or their on-campus classes,” Koppie says. “And then it would resume back in the afternoon with drill sessions and in the evening would be finished up with the full practice at that point, so it’d be a lot of hours every day.”

The plan is for students to live in the school building.

“A portion of that building is just ideally suited for dormitory living,” he says.

The school has no name yet.

“We went through the process of narrowing down different locations and we just arrived at the Everly location,” Koppie says, “so we have to come up with a name that reflects the community a little bit.”

In May of 2019, the last Clay Central-Everly class graduated from of the high school building in Everly and it was closed. The high school teams were known as the Mavericks. The group planning to use the school has not revealed details, like how much it will cost to enroll in the college-prep program.