You are here: Home / News / After postponement, Shrine Circus in Sioux City cancelled 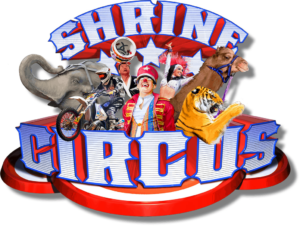 The 70th Annual Shrine Circus in Sioux City is the latest event to fall victim to the pandemic. David Krogh, a spokesman for the Abu Bekr Shrine in Sioux City that hosts the event, says the circus that had been postponed from the spring to late October inside the Tyson Events Center has now been cancelled.

“We’ve had blizzards we’ve dealt with. We’ve had hot weather we’ve dealt with, rain, you name it. We’ve lived through it for 70 years with Abu Bekr,” he says, “but with the current situation with the coronavirus, we just wanted to make sure that our community stays safe.”

For more than two decades, the Shriners in Sioux City have had a contract with Carden International, the family-owned company that tours with the animals and circus act.  Krogh says last week the firm announced all its circuses for the rest of 2020 are cancelled, “so that left us with no real option.”

Krogh says organizers will now shift their focus on to preparing to host the circus in mid-April next year. Those who had tickets for the cancelled circus in October can get a refund.