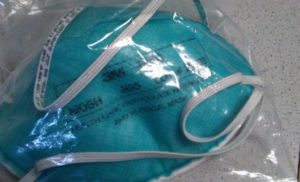 Starting today, everyone in Sioux City will have to wear a mask to ride a city bus or to visit City Hall or some two dozen other city facilities.

All city workers will also be required to wear face coverings in city buildings in common areas, where social distancing can’t be maintained or where barriers aren’t in place.

City Attorney Nicole Dubois says it’s a response to an outcry over COVID-19.

Dubois says, “The council and the city staff have been receiving numerous questions from the public and concerned citizens about whether or not the city could enter a specific mask order for our citizens here in Sioux City.”

Sioux City Mayor Bob Scott says coronavirus cases appear to be rising across the state, and requiring masks in city buildings is one way to help curb that.

“Not so much in our area, thank God, but the rest of the state and then some of our surrounding areas it’s spiking again,” Mayor Scott says. “We’d like to keep that spike down in Sioux City and if we can possibly do anything to help that, we should.”

The mandate is for city buildings only but a statement from the city says private businesses can also require patrons and employees to wear masks or face coverings.

“Our city attorney has made that very clear to us even though a lot of our citizens don’t quite understand that,” Scott says. “We don’t have the ability to do what a lot of citizens would like us to do.”

Governor Reynolds has urged Iowans to “mask up” but has not issued a statewide requirement for residents to wear masks or face coverings in public. While Reynolds and the Iowa Attorney General’s Office have said local governments cannot require masks, a spokesman for the AG’s office says local officials can set “reasonable restrictions” for buildings owned or controlled by a city or county.