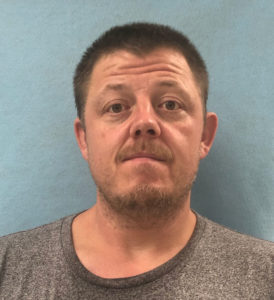 A southwest Iowa man is was arrested Wednesday for the murder of a Des Moines man in Madison County.

Forty-one-year-old Gerald Parker, of Creston, faces a charge of first-degree murder in connection with the shooting of 39-year-old Jonathan Hoffman, whose body was found the afternoon of July 21st by a delivery driver. Hoffman was face down at the intersection of two, rural roads.

Sheriff’s officials say Parker was booked into the Madison County Jail. The incident remains under investigation.