You are here: Home / Human Interest / New book chronicles other life of man who helped with Manhattan Project 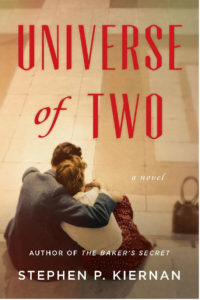 A scientist who helped to build the atomic bombs that killed hundreds of thousands of people during World War Two went on to become one of the world’s greatest builders of cathedral pipe organs.

That man is the basis for a new work of historical fiction by author Stephen Kiernan, a graduate of the University of Iowa Writers Workshop. Kiernan says his book, “Universe of Two,” follows the life of Charlie Fish.

“Like many of the young men who were drawn in to work on the Manhattan Project, he had no idea what he was being recruited for,” Kiernan says. “When he discovered his job was to help build an atomic weapon and that, in fact, he was to going to build the trigger, he felt a lot of moral misgivings. He wasn’t totally opposed to the bomb but he had a lot of conflict in his conscience about this.”

Set during the 1940s, the book revolves around a love story between a young musician and her brilliant mathematician sweetheart who finds himself a civilian employee of the military in Los Alamos, New Mexico. In our current time of a global pandemic, where social media posts can quickly become volatile, Kiernan says the novel might be a welcome avenue for readers to explore a bygone era. 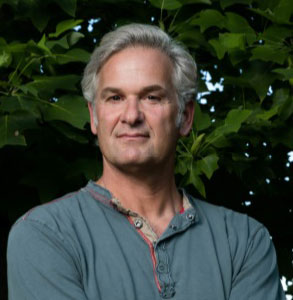 “There are three guys working on the atomic bomb together who have very different ideas about what it ought to be and how it ought to be used and the way that they debate it is, they sit around a campfire and drink beers together and talk about it every day,” Kiernan says. “I think that is an incredibly refreshing contrast with how we conduct our civic dialogue today.”

Months of research went into the book on an array of topics, like how pipe organs function, the soldering of electronics, and the physics and destructive capabilities of a nuclear weapon. During his research, Kiernan met two Japanese people who survived the bombings and he says his studies took several unexpected turns.

The book is being released today, the same week as the 75th anniversary of the bombings of Hiroshima and Nagasaki. Kiernan’s last book dealt with the D-Day invasion, the massive Allied push to win the war in Europe, which had a more definitive focus than the first use of atomic weapons.

“This is an opportunity for us to reflect on something that’s a little less clear cut in terms of the right and wrong of it. This book doesn’t take a strong stance one way or another but there are characters within it who argue for and against the bomb and I think that’s a good way for people to be thinking about it,” Kiernan says. “Even with everything that’s going on in the world right now, it’s never a bad idea to reflect on history and what we can learn from it.”

A former newspaper reporter, Kiernan is 60 and lives in Vermont. This is his sixth book and his fourth novel.