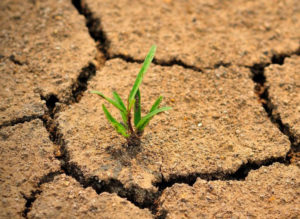 As drought conditions worsen in western Iowa and spread eastward, it’s raising concerns about crop production and the quality of the fall harvest.

Mark Licht, a cropping systems specialist at Iowa State University, says while the dry area is expanding, it remains a lesser part of Iowa’s overall ag production. “In the grand scheme of things, this is a smaller area. If we go back and we think about 2018, that was a relatively small area in southeast Iowa stretching into a little bit of central Iowa, so this is a little bit larger than 2018, but not nearly as large of an area as 2012.”

Licht predicts the autumn harvest will  be hurt by the summer heat wave and continuing dry spell.  “It will definitely drop yields in the west-central crop reporting district. It may affect yields slightly in the central Iowa crop reporting district,” Licht says, “but you have to keep in mind, there are parts of the state, eastern Iowa, that look really good right now.”

While some farmers are being significantly impacted, Licht says the drought area isn’t big enough to have much of an impact on overall commodity prices. “Even with the dry conditions worsening in areas, they may be able to offset some of that but it’s a little bit hard to predict,” he says. Licht made his comments during an ISU webinar on weather and drought problems.