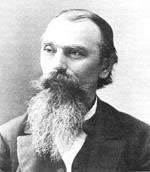 Weather experts are analyzing a wealth of data about Monday’s powerful storm that carved a destructive path across Iowa’s midsection, wiping out trees, power lines and crops.

Most of us now know the term “derecho,” a fast-moving, severe wind event, but State Climatologist Justin Glisan says it’s fairly common. “Typically the state of Iowa will see a derecho at least once every two years,” Glisan says. “Recent notable derecho events were July 11, 2011 and June 24, 2013.”

To be designated as a derecho, a storm must have a width of at least 60 miles and travel at least 400 miles. Monday’s derecho started in southern South Dakota.

“The derecho itself held together for 770 miles over 14 hours before losing strength as it entered western Ohio,” Glisan says.

“Unfortunately, we can’t forecast these things too well in advance,” Todey says, “but once it set up and it was starting to look consistent, the Weather Service was right on top of it then and was doing warnings well ahead of it, letting people know this was a pretty nasty situation and had the potential for doing severe damage, which it did.”

More than a half-million Iowa homes and businesses lost power during the storm, easily among the worst weather disasters for the state’s electric utilities. The governor has declared 20 counties disaster areas. Todey says they had eyes on the storm early on, but no one realized how strong it would become, or how quickly it would strengthen.

Winds ranged in most areas of Iowa from 70 to 90 miles an hour, though there’s a report of peak gusts of 112 miles an hour near Cedar Rapids. That’s the nature of a derecho, he says, versus the more typical storm Iowans are used to during the summer months.

“Unlike some thunderstorms which build up, rain out and then the cold air that spreads out from that shuts down the instability around a storm, this one is able to feed on itself,” Todey says. “The wind coming out ahead of it is able to lift warmer, moister air ahead of it and that keeps feeding back on that storm and maintain its strength all the way through.”

The state climatologist says derecho is a Spanish word that can be translated as direct or straight ahead.

“This was a designation to get away from the rotation type winds that we need in tornadoes,” Glisan says “This term was actually coined by Dr. Gustavus Hinrichs at the University of Iowa in the late 1800s.”

Hinrichs, who started the first state weather service, is also among the researchers credited with the discovery of the atom and the Periodic Table of Elements.