You are here: Home / News / Officials ‘pretty comfortable’ Iowa will get FEMA help 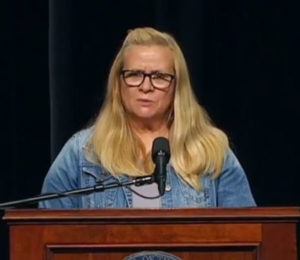 Flinn spoke with reporters after a tour of damage in Marshalltown.

“We’re pretty comfortable based on the electrical utility damage as well as the debris which is a key piece of the declaration of this event that we will be able to successfully submit,” Flinn said. “We can’t, of course, promise that, but the team is already coordinating with FEMA and gathering the information and talking with them about the declaration request.”

Governor Reynolds says she spoke by phone with President Trump yesterday and he and his administration are well aware of the storm’s impact in Iowa, Illinois and Indiana. Vice President Mike Pence, the former governor of Indiana, is due to campaign in Iowa this afternoon and evening.