You are here: Home / Fires/Accidents/Disasters / Generators can cause more problems than they solve 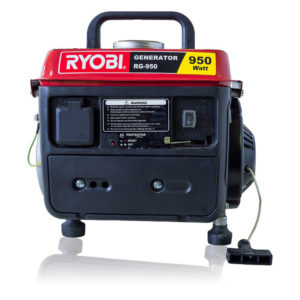 Tens of thousands of Iowans are still without power and some will break down this weekend and purchase a generator, even though they’ve already lost everything in their fridge and much of their patience.

If you’ve never used a generator before, Scott Meinecke, safety director for Iowa’s Electric Cooperatives, says it’s important to read and follow the instructions.
“A lot of people with their power out will go and find a generator and improperly connect that generator to their house,” Meinecke says. “Some people will run them in their garage and be overcome by carbon monoxide and have problems and a fire hazard there.”

There can be dire consequences, Meinecke says, if your generator isn’t hooked up properly. “When they do this incorrectly and connect back into our system, it can go through our transformer outside of the facility and re-energize the power line,” he says. “That could result in an electrical shock to people that are by the wires or workers that are out there, so we really need people to be careful with that.”

Meincke says generators should be used at least 20 feet from the house or outbuilding. They should never be operated inside because carbon monoxide can quickly accumulate. Running them for extended periods of time can also be a fire hazard.

Cedar Rapids police report three girls are recovering after suffering from carbon monoxide poising linked to a running generator. Police found a 14-year-old girl unconscious and two 9-year-old girls sick at a home where a generator was running in the garage and caused levels of carbon monoxide inside the home to climb to dangerous levels.