You are here: Home / News / Census workers beginning to go door-to-door in Iowa 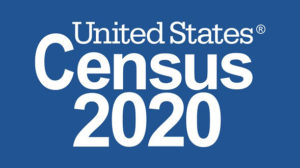 The last phase of the 2020 U.S. Census is underway in Iowa. Spokesperson, Sam Fettig, says counters are going to homes where people haven’t completed the census.

“It’ll go until the end of September. People can continue to self-respond either online, by phone, or the paper form in the mail. But we are kind of in the home stretch here as those census takers start out with the door knocking He says Iowa has been among the leaders in filling out the forms.

He says the state is at 69 percent — so they will be visiting the 31 percent who have not responded. Fettig says the Census takers will be easily recognized if they come to your home. “All census takers are hired locally and come form the community. They’ll have official census identification cards and badges that they should be wearing visibly around their neck,” Fettig says. “They all have been given masks that they will be required to wear while working for COVID-19 safety.”

Fettig says they will do their best to ensure they count everyone. “We do follow up with every household that hasn’t responded anywhere from three to six times,” Fettig says. Fettig says if you get noticed that a Census taker has visited, you can still go and fill out the Census information yourself.