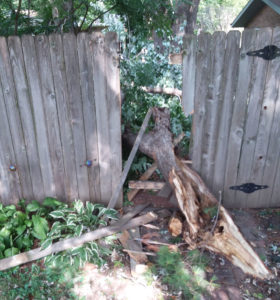 Iowans who are trying to rebuild their homes and lives after last week’s derecho are finding it very difficult to find certain supplies, from fence boards and two-by-fours to refrigerators and toilets.

Jay Iverson, executive officer of the Homebuilders Association of Iowa, says lumber prices were bounding -before- the powerful storm hit, in part, due to trade tariffs.  “It is difficult and those tariffs were only part of the problem,” Iverson says. “Supply and demand is a bigger part of the problem, especially with the states that were closed down with the virus, including construction. When those opened back up, it really started pulling a lot of those resources.”

Prices on some lumber imported from Canada have risen 80-percent in recent months, while wood supplies are depleted in many home improvement stores stretching from Des Moines to Davenport — especially in Cedar Rapids. “They’re six weeks out on vinyl siding, too,” Iverson says. “Part of that is virus-related and the plants being shut down for periods of time.”

Hundreds, perhaps thousands of Iowa homeowners lost fences during the destructive winds, which gusted up to 140 miles- an- hour in eastern Iowa. Good luck trying to find those six-foot dog-ear-cut cedar boards to rebuild a fence, he says, as most stores are sold out, though supplies may be plentiful in areas that weren’t touched by the storm.

“That is going to be a problem unless they start moving that inventory around because you’re right, there are stockpiles in other parts of the country,” Iverson says. “I know they’re shuttling a lot of that between those big box stores.” For Iowans who had severe storm damage to their homes who need to replace a kitchen for example, or those who were in the process of building a new house, timetables are all being pushed back — by COVID-19 and now by the derecho.

“Electrical equipment, appliances are in very short supply, a lot of the Mexican plants have been closed down because of the virus so appliances are very difficult to obtain,” Iverson says. “Some issues with other supply chains, like in China. China produces a lot of the plumbing products.”

A report from the Iowa Association of Realtors finds home sales took a healthy jump in July, bounding more than 18-percent compared to a year ago. Statewide, more than 5,200 homes sold last month. The association says the median sale price was $185,000. There’s plenty of business out there, Iverson says, and there’s no decline in the number of orders — it will just take time for supplies of raw materials to catch up and be able to meet demand.