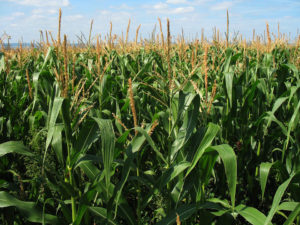 Monte Shaw of the Iowa Renewable Fuels Association says the $15.5 million that’s now set aside for biofuels producers comes at a critical time.

“Does it solve everybody’s problems? No, it does not,” Shaw says, “but this will really put Iowa biofuels producers, particularly those that have been struggling with all the demand losses, in a position to keep paying payroll for several more months, keep buying the feedstocks they need.”

An ethanol or biodiesel plant will be eligible for a state grant of up to $750,000. Biofuels plants were not included in previous rounds of federal relief to businesses during the pandemic. Some Iowa plants are shut down or operating at reduced capacity. Shaw says it appears Iowa is the first state to use federal CARES Act money to help the renewable fuels industry.

The governor has also directed the Iowa Economic Development Authority to distribute $60 million to Iowa livestock producers raising hogs, cattle, chicken, turkeys, fish or sheep. The grants of up to $10,000 are to be used as “working capital,” according to a news release from the governor’s office.

The governor previously announced ag-related spending from Iowa’s CARES Act allotment to boost the number of fuel pumps that dispense higher blends of ethanol. Other initiatives paid for with CARES Act money this spring were connected to dealing with livestock that could not be taken to meat processing plants that were shut down due to coronavirus outbreaks.