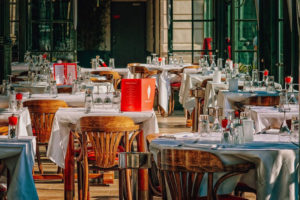 A state agency has received dozens of complaints that social distancing guidelines aren’t being followed by Iowa businesses that serve alcohol and a handful of Iowa bars and restaurants are under investigation.

According to a spokesman for the Iowa Alcoholic Beverages Division, the agency has conducted 445 inspections and opened seven formal investigations since July 30. That’s when state officials announced bar and restaurant owners could be fined or lose their liquor license if their businesses failed to take the steps outlined in the governor’s public health proclamations.

That includes making sure each customer who’s served alcohol is seated, plus there is to be at least six feet of physical distance between each group or individual who is drinking in a bar or restaurant.

From the end of July through Tuesday of this week, the Alcoholic Beverages Division had fielded 167 complaints from the public about bars and restaurants failing to follow those guidelines.

The names of bars and restaurants will be publicly released if and when an investigation determines the establishment isn’t following the governor’s pandemic protocols. The Department of Iowa Inspections and Appeals is also involved in the stepped-up policing of social distancing in restaurants that do not serve alcohol. Bars and restaurants will first be warned if investigators conclude Covid-related guidelines aren’t being followed. A second infraction carries a $1000 fine. The business could ultimately lose its operating license for a third strike.

Photos posted on social media showed many college-town bars in Iowa City and Cedar Falls were packed with patrons this past weekend who were standing and drinking.