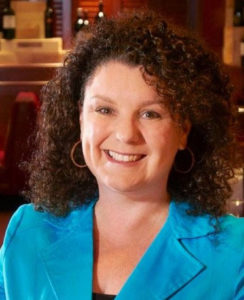 The head of the group representing thousands of Iowa bars and restaurants is expressing the industry’s dismay at the governor’s order that has closed bars in six counties after coronavirus cases spiked among young adults.

“To have a blanket shutdown in six counties of businesses who have been doing everything right is frustrating and, quite honestly, it is threatening to the livelihoods and the well-being of the members we have,” Iowa Restaurant Association president and CEO Jessica Dunker told Radio Iowa.

Governor Reynolds ordered bars, nightclubs and breweries in Story, Johnson, Black Hawk, Linn, Polk and Dallas Counties to close by 5 p.m, yesterday. Restaurants in those counties have to quit serving booze at 10 p.m. every night. Reynolds said statistics show the majority of new Covid cases in the six counties are among young people between the ages of 19 and 24.

Dunker said if the problem is “a demographic” rather than a type of business, the governor might consider temporarily raising the drinking age in certain cities or counties.

“Something that would allow us to continue to operate our legal businesses in ways that are publicly responsible instead of again just shutting off the livelihoods of thousands of employees, thousands of business owners and instead really addressing with a scalpel rather than a sledgehammer the issue that’s at hand,” Dunker said.

Photos on social media showing crowds outside bars in college towns like Iowa City may not indicate the business is at fault, according to Dunker.

“Often people are standing in line like that because they’re limiting how many people can come in,” Dunker said. “They’re actually complying with the social distancing rules which limits their capacities to the point that you have those things happening on the street.”

At the start of the pandemic, Governor Reynolds ordered all Iowa bars and restaurants to close on St. Patrick’s Day. They were allowed to reopen later in the spring, but only if customers are seated and there’s six feet of distance between unrelated individuals or groups.

Dunker said in late July the industry agreed to more aggressive action against “outliers” who weren’t enforcing those standards. That included warnings, fines and ultimately the loss of a liquor license if a business violated pandemic protocols. Four weeks after state officials announced the crackdown, not a single Iowa bar has been warned. A spokesman for the Iowa Alcoholic Beverages Division told Radio Iowa there are seven open investigations.