You are here: Home / News / Secretary of State to release guidelines for absentee ballot drop boxes 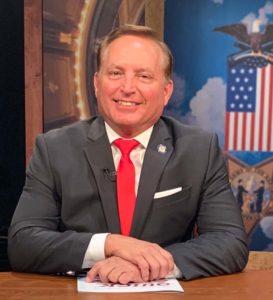 The state’s top election official says his office will give auditors new information to clear up confusion about where drop boxes for absentee ballots may be placed.

“This was a good example of a terrible line of communication and my office will take some of that on our shoulders,” Secretary of State Paul Pate said late this morning.

Pate, a Republican, said drop boxes for absentee ballots must be on county-owned property and cannot be spread around a community.

“We’re going to provide (county auditors) with some guidelines of what that should look like, to make sure that it can be as secure as possible,” Pate said.

The issue was raised after complaints about unattended drop boxes in places like parking lots and grocery stores, according to Pate.

“This is where the attorney general was involved in stating that those do not meet the present standards of the law,” Pate said. 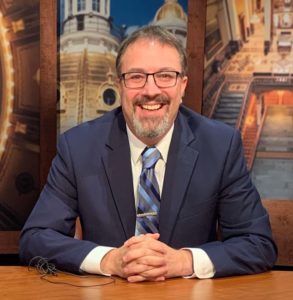 “It’s been a great source of consternation from a lot of them,” Fitzgerald said. “My home county of Webster, they’ve been doing this for 13 years…so we’ve seen a lot of the smaller county auditors kind of rebel on this.”

Reducing the number locations or changing drop box sites is going to be a big issue in some counties, according to Fitzgerald.

“Because we have the Postal Service being attacked, we’ve got a lot of background noise coming out of Washington, D.C. about the safety of our voting and then you have the drop box thing along with a couple of lawsuits,” Fitzgerald said, “so people are becoming jittery about this and being nervous about their ballot counting.”

Fitzgerald and Pate made their comments during taping of the “Iowa Press” program that airs tonight on Iowa PBS. Both men stressed that Iowa voters can track their absentee ballots online or by calling their county auditor and confirm the ballot has been delivered to and received by the county auditor’s office.