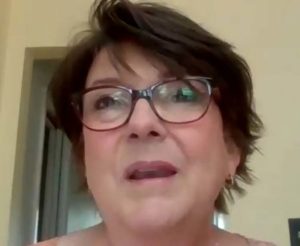 The spokeswoman for the Iowa Department of Public Health who was fired in July during the coronavirus pandemic is now suing the state and the governor.

Polly Carver-Kimm, a former journalist, says she was forced out because she tried to provide information about COVID-19 to the media and thus, to the public. Tom Duff, the West Des Moines lawyer representing Carver-Kimm, says the suit has multiple sections.

Duff says, “It alleges a violation of the state whistleblower law and alleges that the stripping or removing of Polly’s duties and the stifling of information by the Reynolds administration amounts to mismanagement, abuse of authority, and in the midst of an ongoing state pandemic, a danger to public health and safety.”

Carver-Kimm has also filed claims with the State Appeal Board against the State of Iowa, Governor Kim Reynolds, and Reynolds’ communications director Pat Garrett. Those claims allege she was illegally terminated because of her persistent efforts to comply with Iowa’s Open Records law, that her firing violates public policy, and violates her free speech rights under the Iowa Constitution. 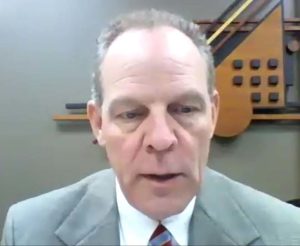 “During my nearly 13 years at the Iowa Department of Public Health, I never had a negative job review and I was never removed from a project,” Carver-Kimm says. “That all changed just days after the governor’s office became involved. From that point on, I was systematically cut out of the COVID-19 response, beginning with being removed from being able to respond to media requests.”

She says the only explanation she ever received was that she was “not a team player” and that her actions were causing friction with the governor’s staff. “At the time of my termination, I was told the department was restructuring,” Carver-Kimm says. “At the time of my firing, there were five people doing the job I used to do by myself. That’s not restructuring, that’s a systematic and deliberate effort to thwart open communication.”

During a video news conference this morning, Carver-Kimm was asked by a reporter if she thought the public has all the information it needs regarding the pandemic. “I do believe very strongly in the Iowa Department of Public Health and that it has the public’s best interests,” Carver-Kimm says. “The governor’s office chose to use the information that it was presented in the way that would best serve the governor’s agenda and needs.”

Carver-Kimm is married to Radio Iowa sports director Todd Kimm. She was a long-time reporter and morning talk show host at a Des Moines radio station before she was hired at public health in 2007.

The governor’s chief of staff, Sara Craig, released the following statement: “This lawsuit is without merit, and we will be working with the Iowa Attorney General’s Office to respond in court.”