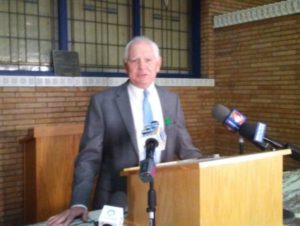 Gill says he strongly disagrees with Republicans who say that endangered election security. “Everything I did was to make sure that the voters of Woodbury County could participate in the election safely and securely,” Gill says.

A judge issued a temporary injunction last Friday, invalidating the forms Gill mailed to Woodbury County voters Gill estimates it will cost about 30-thousand dollars to send a letter to voters in Woodbury County and a letter explaining they must fill out a new, blank form to request an absentee ballot.

A hearing on the GOP’s lawsuit against Johnson County’s auditor over absentee ballot request forms is scheduled next week. Linn County’s Auditor also sent forms that included the voter’s name and voter ID number. A judge has already issued an injunction invalidating the forms Linn County’s auditor mailed out.