You are here: Home / Agriculture / Group tallies economic toll of severe weather due to climate change at $80B 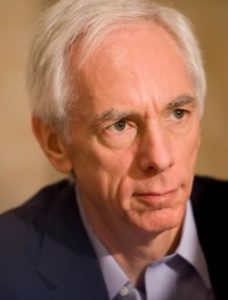 A report from the Environmental Defense Fund doesn’t directly blame the powerful derecho that hit Iowa last month on climate change, but it does address the financial drain on society attributed to shifting weather patterns.

“When you have one big problem going on, like we have right now with COVID-19, and then another one comes along, in this case driven by climate change, major severe weather events,” Holstein says, “it doubles and triples the impact on local governments, on businesses, on communities and families.”

Iowa is already dealing with a near-50-percent reduction in revenue due to the pandemic, Holstein says, which makes it much harder to address recovering from severe weather.

The derecho on August 10th packed record winds of 140-miles an hour, knocked out power to more than a half million Iowans, wiped out millions of acres of crops and damaged hundreds of homes. Was the derecho due to climate change?

“We’re not saying that any particular storm at a particular time in a particular place is necessarily driven by climate change,” Holstein says. “It takes a while for scientists to figure that out, but the report that we’ve put out summarizes the fact that climate change is definitely responsible for some of it.”

The report points to other weather extremes, like how so-called hundred-year floods happen in Iowa every couple of years now and certainly more than once a century. During the 1980s, Holstein says the nation’s severe weather events caused about $17-billion damage. Today, it’s more like 80-billion. He says the financial impact of climate change is taking far too big of a toll.

“We’re seeing the trouble that’s happening in Washington, D.C., trying to get money to places like Iowa that are suffering these severe weather events,” Holstein says. “That’s why we’ve got to do something about climate change. We can’t just keep turning to Washington, D.C., expecting big check-writing in order to relieve the burdens of these severe storms.”

The solutions lie in areas where Iowa is already a leader, he says, like in the production of bio-fuels from corn and soybeans. “Iowa is ranked first in the nation in its share of electricity that you generate by wind,” Holstein says, “and more of that attention to renewable energy sources, to clean energy, is exactly the direction we need to move in in order to reduce the greenhouse gas emissions from fossil fuels that drive climate change.”