You are here: Home / News / Report says Iowans are doing okay at social distancing, but could do better 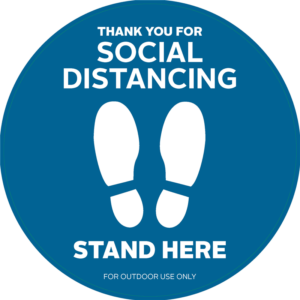 Iowans rank low in one category and high in another in a study of how well we’re staying socially distanced during the pandemic.

The report analyzed publicly-available cell phone location data to determine the frequency people interact with other people — or at least when their phones are near other phones. Sean Lansing, spokesman for TOP Data, says they compared figures from a year ago, the pre-COVID times, to today.

“What we found is that, really, across the board and in every state, social interactions are down,” Lansing says. “Certainly, they’re down more in some states than others and Iowa ranks 42nd.”

Even though Iowa is in the bottom ten states, Lansing says it’s not really an apples-to-apples comparison.

“While Iowa ranks 42nd because their interactions are at about 75% of what they were a year ago,” Lansing says, “comparatively, Iowans are still interacting with fewer people on a daily basis than a lot of other states.”

“It would not count your spouse or your neighbor, your brother or sister or whomever you may live with or may be with on a regular basis in your neighborhood, it does account for that,” Lansing says. “This is really looking at interactions with other cell phones that you’re not frequently in contact with.”

The report finds former “hot spots” for COVID-19, like New York, California, Arizona, Texas and Florida, are now adhering to social distancing regulations, while parts of the South and Great Plains have become more relaxed in their distancing and could become future hot spots.