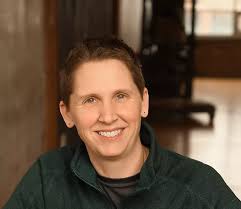 An Iowa native who’s in her 20th year as a DNR conservation officer is releasing her first book, a series of essays about her unusual experiences in a career defending what’s left of Iowa’s natural resources.

Erika Billerbeck says she enjoys her life chasing poachers, sex offenders and fugitives while also admiring the wildlife and wilderness of Iowa.

“It’s an interesting job that I think a lot of people don’t know a lot about and that’s part of the reason I wrote it,” Billerbeck says. “I wanted to shine a light on what it is we actually do. It’s basically a collection of stories, from funny ones to not-so-funny ones, and a mix of natural history and memoir.” 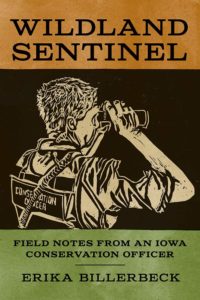 Published by the University of Iowa Press, the book is called, “Wildland Sentinel, Field Notes from an Iowa Conservation Officer.” Billerbeck says she made an effort to show how her profession is both daunting and entertaining.

“I didn’t really want it to be a collection of stories that are just funny stuff,” Billerbeck says. “I wanted it to show real stories that happened to us as we’re out working. It’s a really good mix between the two that should get people thinking about what it means to work in law enforcement out in the conservation field.”

After starting with the DNR in Webster and Calhoun counties in northwest Iowa, the 45-year-old New Hampton native is now stationed in Johnson County in eastern Iowa and lives near Solon.

“Actually, I started out in environmental education. I was doing a lot of naturalist-type work, educating school kids and the public, and transitioned over to law enforcement,” Billerbeck says. “I’ve had a little bit of a mix but the book really does highlight my love of the outdoors and how that correlates with my job.”

She says the book also reflects on what it’s like to be a woman in the male-dominated field.