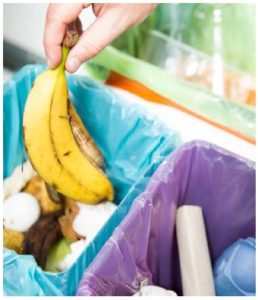 A report by the Iowa Waste Reduction Center finds rural K-12 Iowa schools waste tens of thousands of tons of food and beverages every day.

Joe Bolick, director of the center based at the University of Northern Iowa, says their study finds the average student wastes about one-third of a pound of food daily at breakfast and lunch. That works out to about 30-million pounds of waste every year statewide.

“We got to those numbers by doing complete waste audits of cafeteria waste,” Bolick says. “We would have the students sort through their organic waste, their recyclables, their actual trash and any liquid waste and then we’d weigh all of those individually and then come out with those.”

The study was based on more than 40 waste audits at rural schools across Iowa during the 2018-19 school year.

The report is being released now, at the start of a new school year, to get everyone to recognize the gigantic amounts of food being chucked in the trash by students daily — and to start enacting change.

Coronavirus shook up all factors for the past school year and Bolick predicts there may be shifts in the months ahead.

“You’re going to see a lot more prepackaged foods this year with the pandemic,” Bolick says. “When you have prepackaged foods that are uneaten, there’s donation opportunities there that might not otherwise be there. If the package hasn’t been opened, instead of throwing it in the garbage, there’s plenty of food insecure people all across the state that could benefit from that.”

The Iowa Waste Reduction Center is a non-profit organization, part of UNI’s Business and Community Services.