You are here: Home / News / What had been dry skies have gushed rain this week 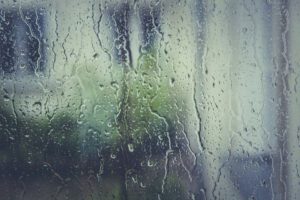 After many weeks and — in some areas months — of dry weather and varying degrees of drought, Iowa’s seen several days of steady rain.

Lawns that had turned brown are starting to green up again and state climatologist Justin Glisan says the rainfall is in the form that is most beneficial. “If we look at the last seven days, we’ve actually had a good majority of those days where we’ve had measurable rainfall across the state,” Glisan says. “It’s been this gentle rainfall over hours and over days, the kind of rainfall that soaks in.”

While western Iowa has been in the worst shape with drought, that’s the area that’s gotten the least rain, while eastern Iowa is being drenched. “Radar indicated six to eight inches in eastern Iowa between Waterloo, Dubuque and Cedar Rapids,” Glisan says. “You look at the central part of Iowa, estimates of two to three inches, and then moving towards the Iowa-Nebraska border, anywhere from one to three inches.”

While plentiful in some areas, he says the rain isn’t enough to fully eradicate the drought in Iowa. “In the worst areas of the state, that west-central corridor where we’re seeing D-3 drought, those precipitation deficits go back six to eight months and they’re about eight to 12 inches,” Glisan says. “But, we have had improvement in eastern Iowa where we’ve seen those heavier amounts.”

The rain should continue for many areas of the state at least part-way into the weekend, with dry weather expected next week. Longer range, Glisan says the rest of the month is likely to be cooler and drier than normal, which would be a benefit for farmers and the harvest.