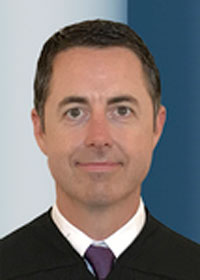 Jury trials resume this week in Iowa after a couple of pilot trials to try out social distancing and COVID-19 prevention measures.

Supreme Court Justice Matthew McDermott co-chaired the committee which reviewed and made recommendations on the issue,  and says they surveyed the judges after the pilot trials

“For the most part, all of the judges that we talked to that had these trials seem to indicate there were not near as many issues as they perhaps thought there might be and by and large the trials went a little faster,” McDermott says. He says they’d like to think the months of preparation and planning made the pilot trials go well.

The recommendations call for clear shields to be worn in the courtrooms so jurors can both see and hear witnesses in the trials. McDermott says that was one issue they had to be sure worked.

“They had to space people apart pretty far to get their physical distancing there. So with masks and with that distance, we had to focus very hard on making sure that everyone could see and hear everything that is going on,” McDermott explains. “And so, we are really trying to work hard to ensure sightlines and audio magnification.”

Jurors in the pilot gave an average score of 4.8 out on a scale where five was the best in how well they could see the proceedings. Some attorneys noted that instantaneous communication with their clients was made more challenging because of the face coverings.

There was a concern that more jurors would not show up because of the pandemic — but McDermott says that was not the case. “It was about the expected number that you would see for people asking to defer or for whatever other reason they might have for being able to not serve on that day,” according to McDermott. “And so we were pretty encouraged by that. That at least at this point with three trials at this point — and granted that was a fairly small sample size — we didn’t see a whole lot of people saying they weren’t comfortable with serving.”

McDermott says they will watch for outbreaks in particular counties as part of the monitoring as the jury trials resume. He says the judges in each trial will make the decisions on proceeding.  “District courts have pretty broad discretion, and they had that even prior to COVID. They can look at all the issues going on in their case and they are the ones who will make that call whether a case ultimately moves forward,” McDermott says.

He says it is hard to tell when each court may be caught up with jury trials that have been on hold. He says the case backups differ among the 99 counties, with some having more than others to work through. There is a protocol for which cases will be heard.
“Some counties they are going to be dealing with criminal cases — because that’s kind of the first priority of case that needs to be dealt with — they will be dealing with those for some time,” McDermot says. “And other counties where they maybe aren’t quite the backlog on criminal cases, they’ll be moving to civil cases.”

McDermott points out that a lot has been going on in the courts and with cases while the jury trials were put on hold. He says there have been filings, and motions and depositions being taken as everyone prepared to return.