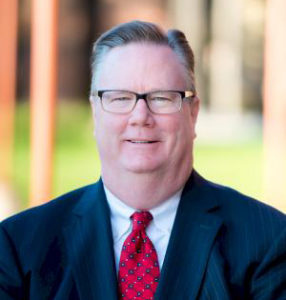 The latest Iowa Association of Business and Industry survey shows a positive outlook for the fourth quarter while concerns about the pandemic still linger.

ABI president, Mike Ralston, says he was surprised by the continued optimism. “Most ABI members expect to have their sales expand or at the very worst stay the same in the fourth quarter. That’s about 90 percent answer that way — almost 50 percent of them expect to see increased sales — so that’s pretty good news,” Ralston says. He says 53% expect the number of employees in their business to stay the same and 37% expect that number to grow.

Ralston says the confidence comes with the experience they’ve gained in already dealing with the pandemic. “If we dig deeper into some of these results — people are saying they’ve identified new supply chains, new partners — that’s led to increased markets and they’ve been able to adapt and grow,” according to Ralston. “They didn’t necessarily think that would be the case, but that’s exactly what has happened.”

He says there have been some new issues that have come up regarding concern for employees. Ralston says the survey comments show business leaders are worried about their employees in a couple of ways, with the first being the employee health related to the COVID pandemic. A second concern was the stress as employees tried to take care of their families.

“Keeping their family healthy. What about their kids in school, how does that work? Childcare issues are something that we continue to see,” Ralston explains. He says the closing of schools and childcare because of the pandemic puts a lot of pressure on workers. “Parents want to make sure their kids are safe and that they are learning — especially if it’s a single-parent home — they really have to decide do I go to work today or do I stay home with my kids. So, it’s a real issue,” Ralston says.

He says finding employees to fill jobs continues to be an issue. Another thing Ralston says surprised him in the survey is the lack of mention of the November elections as an issue. “Not a single person raised the election as an issue,” Ralston says. “I think that if you talk to most Iowa business people, they’re concerned with running their business, they’re concerned with keeping production going and getting the product to the customer. So, while they are interested in the election, it’s not their day-to-day focus.”