You are here: Home / News / Le Mars police officer fired for posts made on social media 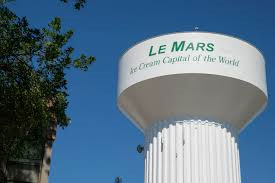 A Le Mars police officer was fired from his job after posting questionable material on social media.

Le Mars Police Chief Kevin Vande Vegte issued a news release Tuesday afternoon stating Officer Jeremy Singer had engaged in misconduct involving social media activity depicting comments and behavior unbecoming of a police officer. Vande Vegte says he was first made aware of the situation on Sunday, of which he immediately place the officer in question on administrative leave.

Vande Vegte says a misconduct investigation was initiated. Based on the results of that misconduct investigation, Jeremy Singer was dismissed from his duties as a police officer effective Tuesday, September 15th. Vande Vegte says the city of Le Mars took this matter seriously and the actions and comments made by Officer Singer are not representative of the values in place to ensure that there is trust between the police department and the community of Le Mars.

Singer had been a police officer with the Le Mars Police Department for just about three years.