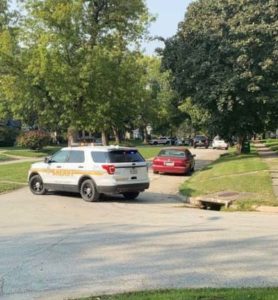 A Fort Dodge man is in custody after authorities say he hit a Wright County deputy with the deputy’s own SUV.

At about 2 p.m. Tuesday on Highway 17 in Eagle Grove, the deputy stopped the vehicle 31-year-old Sean McMillan was driving.

McMillan was a suspect in a disturbance earlier in the day in nearby Goldfield. The deputy arrested McMillan, handcuffed him, and put him in the squad car’s passenger seat. The deputy then went back to McMillan’s vehicle to deal with a passenger there. 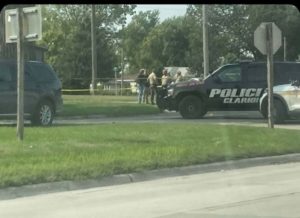 According to a news release from the Iowa Department of Public Safety, McMillan jumped the console of the SUV, drove at and hit the deputy and the officer fired one round, which hit the windshield.

McMillan soon ditched the deputy’s car and ran, but was found hiding in a home in Eagle Grove and arrested again.

The deputy was treated and released from a local hospital.