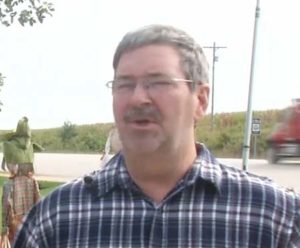 Dozens of summer and fall activities have already been canceled because of the COVID-19 pandemic and the decision on what to do about kids trick-or-treating is still up in the air.

The Cascade City Council discussed the issue, but did not decide whether or not to hold trick-or-treating this year — saying it is still too early to decide. Steve Czipar owns Czipar’s Apple Orchard nearby in Dubuque and sells apples, pumpkins, and homemade caramel for only three months in the fall. He tells KCRG TV they are proceeding without knowing what will happen.

“We do not know what to expect,” he said. “Who does right now during this? We are open, we are doing business as usual and as close to normal as we can.” Czipar says their first week of the season surprised him.

“We have experienced an uptick in business right now,” Czipar says. “I think people just want to get out and enjoy the outdoors.” He says people have been inside a lot and are just looking for something they are used to this time of year. “We are just trying to be as normal as we can this year with everything,” he says.

The orchard is located on Route 52 near Dubuque and is open from 8 a.m. until 5:30 p.m. every day through the season.