You are here: Home / Crime / Courts / Murder and other charges filed in death of Grinnell man 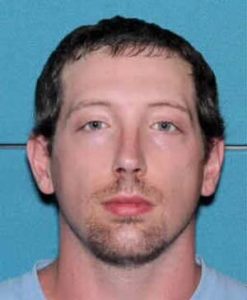 A 31-year-old Grinnell man is charged with first-degree murder in connection with the death of a black man whose body was found burning in a ditch near Kellogg last week.

Thirty-one-year-old Steven Vogel is charged in the death of 44-year-old Michael Williams of Grinnell.  Grinnell Police Chief Dennis Reilly says there’s no evidence the crime was racially motivated, and both men knew each other.

A DCI agent says Williams was strangled to death at a house in Grinnell on September 12th and the body was wrapped up and set on fire in a ditch four days later. Vogel is also charged with abuse of a corpse and is being held at the Marshall County Jail, where he was already in custody on unrelated charges.

Police arrested three other people in the case: 55-year old Julia Cox, 57-year-old Roy Lee Garner, and 29-year-old Cody Johnson, all of Grinnell. They are each charged with one count of abuse of a corpse, destruction of evidence, and being an accessory after the fact. All three are being held at the Poweshiek County jail.