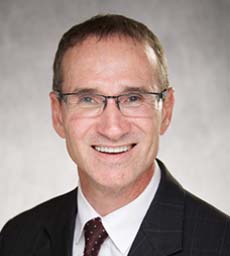 A new University of Iowa study finds psychological child abuse is associated with the most long-term negative outcomes, compared to other forms of abuse.

Researchers analyzed psychological, physical and sexual abuse using data collected on more than 5,000 Australian children over the first two decades of their lives. Lane Strathearn, a U-I professor of pediatrics and psychiatry, is the lead researcher on the study.

“When kids come in with bruises or broken bones or brain hemorrhages, rightly enough, we pay attention to that,” he says, “but the wounds that are associated with psychological maltreatment are on the inside.” Strathearn says psychological abuse has the most long-term effects on kids and unfortunately, it’s also the type of abuse that’s least likely to get reported to the authorities.

“We can’t see it,” Strathearn says, “we can’t measure it as easily as we can, for example, with physical abuse, and so we tend to not make those connections with psychological mental health, addiction, physical health outcomes.” He says more programs to support families with young children can help spot and prevent this type of abuse.