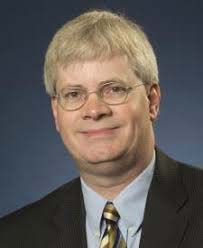 The U.S. Senate race between Republican incumbent, Joni Ernst, and Democratic challenger Theresa Greenfield is one of the most expensive campaigns in the nation with ads blanketing all forms of broadcast and online media.

Dordt political science professor Jeff Taylor says most voters are probably tired of the ads by now. “I’m tired of them — at a certain point I think most of us who are paying close attention have probably already reached a conclusion of which way we will probably go,” Taylor says.

Taylor says the political campaigns are taking a “shotgun” approach with their messages.  “Now maybe it’s trying to reach the ten or 15 percent that might still be undecided or only slightly leaning one direction or another. I suppose that’s who is still up for grabs and that’s why the ads keep bombarding us,” according to Taylor. “At some point its an unprecedented level of spending and an amount on behalf of the U-S Senate candidates for Iowa. At some point, there’s probably diminishing returns there.”

He says it shows the importance both parties place on the balance in the Senate. “There’s a lot at stake. The Senate is a slight majority on the part of Republicans and Democrats have hopes of flipping it into Democratic control. So, there’s’ a lot at stake on both sides,” Taylor says.

Taylor says the focus on gaining control led to the Ernst versus Greenfield campaign getting started earlier in the year than the traditional start of political television campaigns. And that’s also part of the reason people are feeling the campaign fatigue with more than a month to go before the vote.