You are here: Home / News / Pandemic has auditors scrambling to get enough poll workers 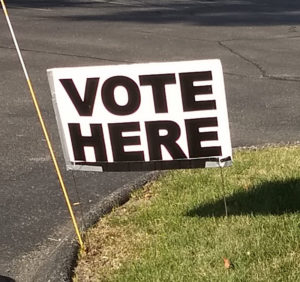 Retired teacher Vicki Edelnant began working the polls in Cedar Falls in 2014 and recruited her husband, Jay, to volunteer as well. Edelnant says the hours can be tough, but she enjoyed being involved in the voting process. “I like doing the election,” she says. “I don’t like the long day, but I always feel good and many people come through the line and are complimentary, saying, ‘Thank you for serving today.’”

This year, however, Edelnant and her husband are sitting it out because of coronavirus. Between their age and underlying conditions, she says they just can’t risk it. “We have kids and grandkids that I worry about and my own health,” Edelnant says. “I have diabetes and I just thought that it wasn’t safe.”

Poll workers across the country have come to the same conclusion. As a group, they tend to be older, putting them at a higher risk for worse outcomes if they were to get COVID-19. That’s left secretaries of state and county election officials scrambling to find a new generation of poll workers. Sean McRoberts of Iowa City is one of the people who has stepped up for the first time. “I guess I’m willing to take on some of that risk knowing that there’s going to be good preparations in place,” McRoberts says. “I’m going to pretty mindful of that if they don’t have adequate ventilation, space for people, and good protective equipment.”

Linn County Auditor Joel Miller says the stakes are high, because under a state law passed in June, auditors can’t close more than 35% of their polling places, preventing mass closures. Still, Miller says understaffing a precinct is not an option.
“We’re not going to run a polling place shorthanded because that would lead to lapses in integrity and questions that we just don’t want to deal with,” Miller says. “We have to have 100 percent staffed polling places on Election Day for that polling place to be operational.”

Iowa Secretary of State Paul Pate has been recruiting volunteers for months to help county auditors hire some 10,000 poll workers across the state. As of mid-September, a spokesman for Pate said some 4,500 Iowans had expressed interest in working through the state’s dedicated recruitment website.