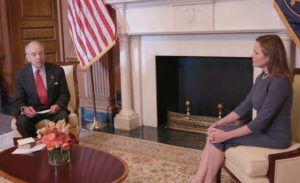 Grassley is a member of the Senate Judiciary Committee which is scheduled to hold hearings on Barrett next month. Grassley says Barrett has shown her “brilliant legal mind” before that committee in the past, when she was nominated for the 7th Circuit Court in 2017.

“On that court, she’s been involved with 600 cases, but 100 opinions,” Grassley says. “She’s roundly revered in legal circles for her well-seasoned and very deliberate decisions.” He adds, “without a doubt, Judge Barrett is well-qualified to serve on the highest court in the land.” The nomination hearings are to begin October 12th.