You are here: Home / Human Interest / First of two October full moons should be in view tonight 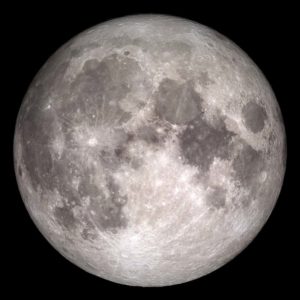 Forecasters say the skies over Iowa should be partly cloudy tonight, but we’ll still likely catch good views of the full moon, the first of two full moons this month.

Farmers’ Almanac managing editor Sandi Duncan says there are many names for the relatively rare phenomenon.
“Anytime there’s a second full moon in a month it’s usually referred to as a full blue moon, but it’s also referred to as a full hunter’s moon because it falls in October,” Duncan says. “So now you have a full harvest moon on the 1st and a full hunter’s blue moon on the 31st.”

While the moon won’t actually be blue in color, it is fairly unique. A full moon on Halloween only happens about once every 19 years.