You are here: Home / Education / University of Iowa president announces his retirement 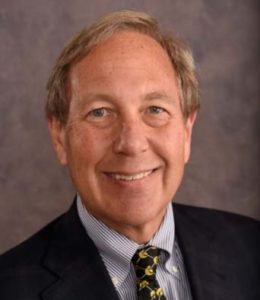 University of Iowa President Bruce Harreld has announced he is retiring and will do so as soon as the Board of Regents can name a replacement.

Harreld’s retirement announcement comes as the U-I struggles with budget issues that began before, and were made worse by the COVID-19 pandemic. The university says Harreld is not available for interviews. During budget discussions at the July Regents meeting, Harreld took issue with a published article that said universities were suffering from administrative bloat.

“When you have several decades of declining support from the state, all of us have had to hunker down and have made sure that we have become efficient as possible in our administrative costs to support our academic and research missions,” Harreld said. “Let’s please calm down. There’s not administrative bloat — there’s actually just the opposite. Out of 18,997 individual employees we reported to the Board of Regents, less than two percent of them are working in the areas of administrative or managerial.”

Harreld became the University of Iowa’s 21st president in November 2015. The hiring process came under fire from the faculty and one of the members of the Board of Regents at the time — who said it looked like the hiring was predetermined. The Board of Regents is scheduled to meet next Monday to discuss the search process.