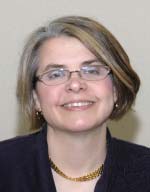 We’re now 26 days from the election and political analysts are trying to determine how much larger an influence women voters will be during this cycle compared to past presidential election years.

Karen Kedrowski, director of Iowa State University’s Catt Center for Women and Politics, predicts more American women will be voting in 2020 than ever before.

“What we have found over time is that women’s voting behavior, their turnout, has steadily increased to the point where in 2016, women were the large majority of voters,” Kedrowski says. “More than 10-million more women than men showed up and cast votes in 2016.”

Since 1980, there’s been what Kedrowski refers to as a “gender gap,” as women are more likely to vote for Democratic candidates, while men are more likely to vote Republican. “This, of course, is not a pure division, there are Republican women and Democratic men, but in 2016, it was the largest gender gap that we had ever seen,” Kedrowski says. “It was 11 points in favor of Secretary Hillary Clinton over President Donald Trump.”

In this year which marks the centennial of the ratification of the 19th Amendment — which gave millions of women the right to vote, it appears women could be key in swinging this year’s presidential race. “The early polling indicates the gender gap in 2020 promises to be even bigger,” Kendrowski says. “It’s looking like as much as 20 points between men and women in whether or not they are going to vote for President Trump or Vice President Biden, so that’s definitely something to watch.”

There’s a continued push to get students on the ISU campus to take part in the November election. In 2016, she says on-campus participation in that presidential election was around 55%, compared to only 40-percent of college students nationwide. Kendrowski says under-24-year-olds are the least likely demographic to vote.