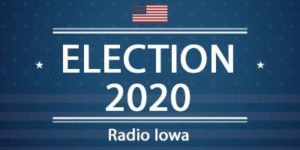 The 2020 Iowa General Election ballot asks voters if there should be a convention to revise the state constitution. The question must be submitted to Iowa voters once every 10 years.

“If you’re at all risk averse, the idea of a constitutional convention ought to be a very frightening thing,” says Todd Pettys, a constitutional law professor at the University of Iowa. “It’s really the appropriate thing to do only if you think the system is fundamentally broken and needs to be changed in lots of ways.”

“So you’re really opening up a Pandora’s Box,” he says, “and then whatever they propose, whatever document they come up with gets sent out to the people of Iowa to get voted on in one up or down vote.”

The state’s original — and only — constitution was ratified in 1857 and it includes a requirement that voters be asked every 10 years if they wish to hold a constitutional convention to consider changes to the document. There’s a separate process for proposing amendments to the Iowa Constitution and, over the past 154 years, the state’s voters have approved 48 amendments.