You are here: Home / News / Ernst says Judiciary Committee members should be tested for Covid before Barrett hearings start 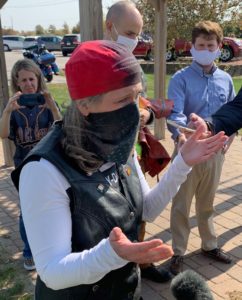 Republican Joni Ernst today said she and other members of the Senate committee should be tested for Covid before they convene confirmation hearings on Monday for President Trump’s Supreme Court nominee.

“I actually do think that it would be smart to do that,” Ernst said early this afternoon in Carroll. “I hate to do it without having reasons to do so, but I think if we’re going to be working in close proximity over long hours, it’s probably not a bad idea.”

Both of Iowa’s U.S. Senators are on the Judiciary Committee.

During a news conference Sunday morning, Republican Senator Chuck Grassley was asked if he agrees with Ernst about having all members take a Covid test before Monday’s hearing.

“I suppose there’s 99 other ways to answer the question. I can only answer Chuck Grassley’s way,” Grassley said. “I follow the protocols that are given out by the attending physician on Capitol Hill and I’ll continue to follow those.” 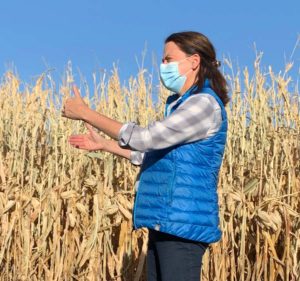 Ernst, who is 50, took a Covid test before she debated her Democratic opponent, Theresa Greenfield, on September 28. Greenfield today said Covid tests for Ernst and other members of the Senate Judiciary Committee makes sense.

“That’s a great place to start, absolutely,” Greenfield said late this afternoon in Buffalo Center. “They should be wearing masks and following public health guidelines. If they’ve been exposed and they should be quarantining.”

Greenfield and Ernst made their comments at separate outdoor events and both candidates wore face coverings as they spoke with reporters.

(This post was updated at 11:30 a.m. Sunday with Grassley’s comments.)