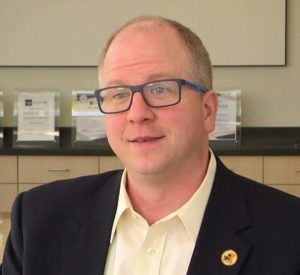 A political scientist at Iowa State University says for all of the twists and turns of the 2020 presidential race, the long road to Election Day has actually been quite straight-on this time around.

With 21 days remaining in the campaign, ISU Professor Dave Peterson says this has been one of the most “remarkably stable” election cycles in recent memory. “We’ve been essentially locked in at Joe Biden up by about six-to-seven points nationally, and nothing seems to move that,” Peterson says. “None of the turmoil from the summer has moved that very much. A lot of these polls that have Biden leading pre-date COVID. The debate doesn’t seem to have done much yet. Nothing seems to be moving these numbers.”

A poll of likely Iowa voters released last week had Biden leading Trump by five points, and there’s been little movement in the state’s numbers as well over the past several months. “It’s almost like, and it shouldn’t be too surprising, that voters have a very good sense of who Donald Trump is, they’ve got a pretty good sense of who Joe Biden is, after his long career in politics, and they’re ready to make a decision,” Peterson says. “They’ve weighed the two candidates. They’ve weighed the last four years and they’re pretty well set in their mind.”

He says it is something of a surprise, given how Trump handily won Iowa in 2016, that the presidential race is so close here in 2020. Still, Peterson says many Iowa farmers have been hurt badly by this administration’s trade policies. “It’s pretty clear that the loss of export opportunities, for soybeans in particular, have hit farmers pretty hard in this state,” Peterson says. “While it’s hard for many of us to figure out exactly how some type of federal policy matters for our lives directly, for farmers, it’s actually pretty easy.” When a trade war “blows up the market,” it’s usually quite clear who’s responsible, Peterson says, which is likely what’s behind some of Trump’s trouble in Iowa, and potentially, for Senator Joni Ernst in her reelection bid, too.