You are here: Home / News / Branstad says President Trump aims to be record breaking for Iowa 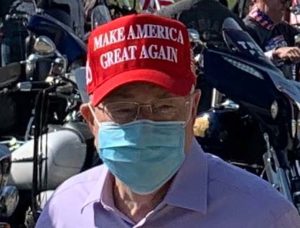 President Trump is scheduled to rally with supporters at the Des Moines Airport this evening.

“He wants to be record-breaking and record-setting for Iowa and Iowa farmers,” says Eric Branstad, a senior advisor to the president’s Iowa campaign, “and that’s exactly what he’s going to come and share and show us.”

“President Trump is coming back to Iowa,” Branstad says, “and Joe Biden isn’t.”

Trump opponents have bought a billboard with the words, “Trump Covid Superspreader Event” above a giant arrow pointing at the entrance to the Des Moines airport, where the rally will be held. The Rural America coalition that paid for the billboard says “it’s irresponsible” for Trump to hold a gathering for thousands in a state where “Covid cases are rising.”