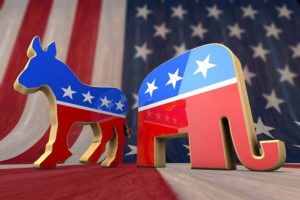 With Election Day less than three weeks away, many Iowans have already cast their votes early as the Secretary of State’s office says a record of more than 700,000 voters requested absentee ballots this fall.

Kim Schaa, the Hamilton County auditor, says her office in Webster City is buzzing. “We are seeing a lot of people dropping their ballots off, not putting them in the mail,” Schaa says. “We have a dropbox right outside the door and we encourage people to do that, or you can bring it right into the courthouse to our office, if you prefer that.” She estimates the county will easily surpass all previous records for early voting, given this year’s coronavirus pandemic.

“We’re encouraging people to get an absentee ballot or come in and vote,” Schaa says. “We’ve had several people coming in and we encourage that, mainly for safety with COVID and going to the polls.” Worries about the risks of coming into contact with hundreds of people during a single day are prompting some poll workers to rethink their plans this year.

“We’re starting to see a few election officials call and say, ‘I don’t think I want to work,’ so we’re still trying to keep our precincts fully staffed,” Schaa says. “If anybody’s willing to work or interested, give us a call.” Hamilton County has about 10-thousand registered voters and Schaa says more than 3,100 have already voted. The last day for absentee voting is November 2nd though officials recommend not waiting so long due to heavy volumes.