You are here: Home / News / Iowa State grad to give lecture on past pandemics 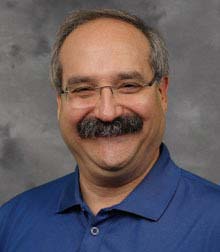 An Ames native and Iowa State University graduate will host a virtual lecture next week focusing on the various epidemics that hit that campus — and the country — more than a century ago.

History Professor Doug Biggs says over the span of several years, there were multiple critical health emergencies, including a typhoid fever outbreak in 1906 and the Spanish Flu pandemic of 1918.  “These epidemics were a great scourge in the minds of the administration and the faculty and they worked as best as they could to alleviate and avoid them,” Biggs says. “Sometimes they were successful and sometimes they were not.”

The Spanish Flu killed 675,000 Americans, but at that time, just as now, there were many critics who refused to wear masks, quoting their constitutional rights. Despite our advances in medicine, Biggs says human nature hasn’t changed much in a hundred years, even though we’d like to think we’re smarter than our ancestors.

“But, just as in 1918-1919, there were people who disbelieved what was in front of them, that this couldn’t happen,” Biggs says, “and there were those who were on the other end where they would lock themselves in their homes and they would never go outside.”

Given his extensive research on the topic of past epidemics, Biggs was asked if he had an educated guess about how long the current coronavirus pandemic may last. “To quote one of my personal heroes, Dr. McCoy from Star Trek,” Biggs says, laughing, “‘Well, Jim, I’m a historian, not a doctor.'”

Biggs was born in Ames and earned his BA and master’s degrees in history at ISU. He’s now a professor of history at the University of Nebraska at Kearney. His virtual lecture is scheduled for 7 p.m. on October 20th. It’s free and open to anyone at this link: www.lectures.iastate.edu/lectures/early-epidemics-iowa-state-1877-1918