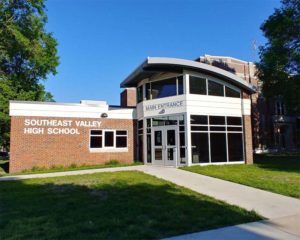 A Teacher in Webster County has resigned after being accused of sexual misconduct.

Brandon Louis has resigned from his post as music teacher at Southeast Valley High School in Gowrie after being accused of sexual misconduct. A former student spoke at the school board meeting Tuesday alleging that while she was a student there, Louis sent her text messages of a sexual nature. Reportedly over 20 current and former female students are claiming that Louis sent them similar messages.

The District said in a statement Tuesday Night they are cooperating with law enforcement as they investigate the allegations.