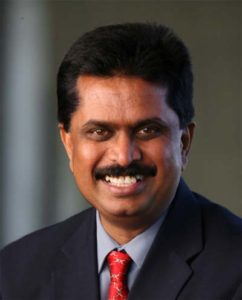 Anumantha Kanthasamy has been conducting research into Parkinson’s Disease for more than 20 years and he says one of the challenges has been the lack of a test that can detect the disease in early stages.

“Even for other neurological diseases like Alzheimer’s and Huntington’s, we don’t have one,” he says, “so I think that’s where the excitement is.”

Parkinson’s Disease is currently diagnosed when a patient shows symptoms. However, it’s often misdiagnosed in its early stages, preventing patients from getting the full benefits of clinical trials.

Using the same method as a test that detects mad cow disease, this new skin test can identify clumps of proteins that are the hallmarks of Parkinson’s.  Kanthasamy says the research team is getting a federal grant money to conduct another trial with a larger set of patients to validate the findings from its study with 50 patients.

“In 3-5 years I’m very confident that we shall have a test that could be approved or at least neurologists could say this can be used or not be in the toolbox,” he says.

The initial study of this skin test for Parkinson’s has been published in a medical journal.  Kanthasamy, who is the study’s lead author, says by getting confirmation earlier, patients could benefit from medications that may slow down the progression of the disease. He also says the skin test could be used to monitor how well medications are working — all of which will advance treatment for Parkinson’s.

According to the CDC, about 60,000 Americans will be diagnosed with Parkinson’s this year.