You are here: Home / Fires/Accidents/Disasters / Car found in water could belong to missing Hampton man 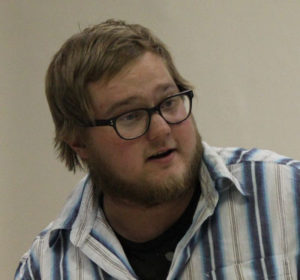 (Update) Franklin County Sheriff Aaron Dodd says the car believed to be that of Ethan Kazmerzak  was pulled from the private pond around 1:30 p.m. today northwest of Hampton. The vehicle was recovered using divers from the Story County Sheriff’s Office Dive Team.

The Sheriff says human remains were found in the car — and those remains will be sent to State Medical Examiner’s Office in Ankeny for identification.

A dive team is trying to recover a car submerged in water northwest of Hampton that is believed to be that of a missing area man.

Franklin County Sheriff Aaron Dodd says this is near one of the last locations Ethan Kazmerzak was seen on September 15th, 2013. Kazmerzak of Hampton has been missing ever since that day along with his vehicle until the car was found now.

Dodd says this is a body of water that has been searched two times prior, looking for evidence of Kazmerzak and his vehicle.