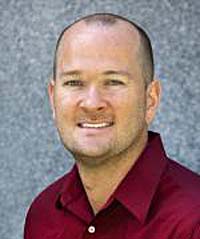 ISU economics professor and study co-author John Winters says their research concludes we saw a significant boost in high school “completion” rates across the U.S. this past year. “This actually includes people that graduated via the normal route,” Winters says, “but it also includes alternative completions, such as GEDs or high school equivalents.”

The study looked at graduation figures for the 2019-’20 school year versus the three previous school years. The national graduation rate shot from more than 70% to just over 77%. Winters says, “When we look at people who are age 18 and compare them 2016 to ’19 and then compare 2020, we actually see that for 2020, the percentage that had completed high school had increased by 6.9 percentage points.”

The spread of COVID-19 forced the closure of many businesses and triggered a severe recession along with the highest rate of unemployment since at least 1948. Job opportunities decreased especially for young people, Winters says, and gave them more of a chance to focus on their studies.

“It was very possible that things could have gone up or down, obviously, all the disruptions in high school and education more broadly could have caused fewer people to complete,” Winters says, “so the fact we actually see the high school completion rate going up, it’s still only one thing but at least we’re seeing some positive movement.”

According to Winters, it’s possible high school completion rates will continue to rise as long as jobs are scarce during the pandemic. “We look at the spatial variation in the employment impacts and we actually see a really strong link in that the areas that had the hardest-hit affect on the labor market, the most job losses, were the areas where the high school completion rate went up the most,” he says. There is evidence some young people don’t respond well to online learning, so there was concern school closures this spring could have cut student performance and lowered graduation rates.

Winters says there may be more negative impacts as well. For example, if students learned less during the school closures, it may make them less prepared for college or the workforce down the road.

See the full report at:
https://lib.dr.iastate.edu/cgi/viewcontent.cgi?article=1114&context=econ_workingpapers