You are here: Home / News / Fort Dodge woman sentenced to a decade in prison for fatal crash 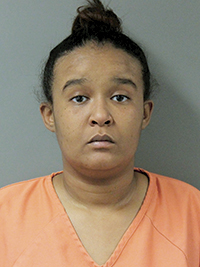 A Fort Dodge woman is sentenced after a fatal crash more than two years ago.

Twenty-six-year-old Aisha Ismail was sentenced to up to ten years in prison on a charge of vehicular homicide by reckless driving.

The sentence stems from a crash in Webster County that killed a Humboldt man in 2018.

According to the Iowa State Patrol, Ismail attempted to pass a truck on a two-lane road and collided with another vehicle. The driver of that vehicle was pronounced dead at the scene.

Ismail was on probation stemming from an incident in 2017.

Her sentence is this case will run consecutive to the one she’s serving for that offense.