You are here: Home / Health / Medicine / Study: More Iowans with Alzheimer’s are dying during COVID-19 pandemic 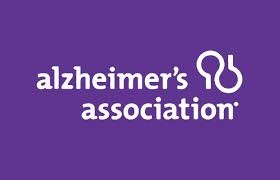 A new report finds a much higher percentage of people are dying from Alzheimer’s disease and dementia during this year’s pandemic than during the past several years.

The figures are “alarming,” according to Robyn Mills, public policy director for the Iowa Chapter of the Alzheimer’s Association, and she says researchers are struggling to figure out why.

“The CDC reports that there’s 31,000 more deaths due to Alzheimer’s and other dementia nationwide than would be expected normally,” Mills says. “In Iowa, there are 304 more deaths from Alzheimer’s and dementia, or a 13.9% increase over the five-year average.”

People with Alzheimer’s, especially those living in long-term care settings, are extremely vulnerable to COVID-19. They’re older, they live in communal settings and they often have underlying conditions that put them at a higher risk.

“We know that the COVID has hit our population severely, not only in deaths but also in isolation and feelings of abandonment,” Mills says. “Our people just really don’t understand what’s going on, which makes it doubly sad.”

The rising trend of Alzheimer’s deaths is very concerning and the association is calling on state lawmakers to implement rapid testing and other safety protocols to better protect these people.

“There are currently 80 COVID outbreaks in long-term care facilities and the total number of deaths is 847 which is 49% of the total deaths from COVID-19 in Iowa,” Mills says. “This is 10% more than the average of 40% of COVID deaths in nursing homes across the United States.”

More than five-million Americans have Alzheimer’s, which is the sixth-leading cause of death in the U.S. In Iowa alone, there are more than 66,000 people living with the disease.

Meanwhile, new research finds getting at least one flu shot could bring up to a 17% reduction in the risk of getting Alzheimer’s, while more frequent flu vaccination was associated with another 13% reduction in Alzheimer’s incidence.