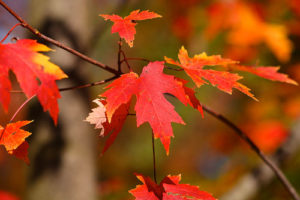 The weather can sometimes be a big influence on whether people decide to leave the sanctity of their homes and venture into the world — especially on Election Day.

Meteorologist Jeff Zogg, at the National Weather Service, says today’s weather will be practically picture perfect, and shouldn’t discourage anyone from getting outside and heading to the polls.

“The Election Day forecast is calling for very warm temperatures for this time of year,” Zogg says. “We’re calling for highs generally in the 70s with a breezy southwest wind.”

Some Election Days in Iowa have been besieged by blizzards, hail, rainstorms and all other sorts of foul weather, but Zogg says we’ll have none of that today.

“Just a breezy southwest wind along with warm temperatures,” Zogg says. “The highs we’re expecting today are about 15 degrees above normal.”

It’s even possible some high temperature records will fall this afternoon. Zogg says the only factor weather should play in today’s election is as a potential distraction, making people want to skip standing in line to vote and instead, head for the park.

“There is no rain in the forecast for today itself, however, we are looking for a chance of precipitation next Sunday-Monday, perhaps some nice rainfall amounts,” Zogg says, “and maybe some snow on the back side, too, before the precipitation ends.”

The polls are open until 9 o’clock tonight, though temperatures should still be in the 50s and 60s.