You are here: Home / News / Iowa GOP celebrates 2020 victories, including a second term for Ernst 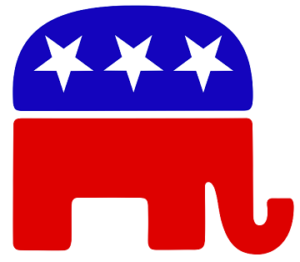 Iowa Republicans had a big night and Iowa Governor Kim Reynolds led the cheers at the party’s election night headquarters in Des Moines.

“Iowa is a red state,” Reynolds said, to cheers.

“We did it six years ago,” Ernst said after the Associated Press called the race. “We did it again.”

The Republican candidate in Iowa’s second congressional district held a narrow lead early this morning and Republicans were declaring victory in two other congressional races. Republican Ashley Hinson of Cedar Rapids spoke with reporters earlier this  morning after the vote tally showed her nearly 11,000 votes ahead of Democratic incumbent Abby Finkenauer.

“I would say, of course, I was a little bit nervous, but I knew in my heart that we had done the work necessary to win this seat and you betcha I’m ready to go to work in Washington, D.C.,” Hinson said.

“Frankly now the real work begins,” Feenstra said during a Radio Iowa interview early Wednesday morning. “You know you campaign for 22 months to get to this point, but now you go to congress and you’ve got to represent everybody in the fourth district and I’m excited to do that.”

In the second congressional district, Republican Mariannette Miller-Meeks of Ottumwa currently leads Democrat Rita Hart of Wheatland by 282 votes. Democrats say the race is “too close to call” since absentee ballots eligible for counting may arrive in county auditors offices over the next few days. In a conference call with reporters just before the polls closed, Miller-Meeks said the district has been trending Republican and her personal story resonated with voters.

Democrat Theresa Greenfield raised more money than any other candidate in Iowa history, but fell short in her bid to unseat Senator Ernst.

Greenfield said despite “the tough times” and the result from her race, she’s hopeful.

“I want Washington to come together like we do in our hometowns,” Greenfield said, her voice cracking with emotion, “and I hope tonight we do come together and we heal our divisions and we solve our big problems and we move forward as a country.”

Ernst, who began her speech by apologizing for her raspy voice, struck a similar tone in her victory speech.

“This has been a very difficult year and a very challenging election for all of us,” Ernst said. “People on both sides feel divided. Emotions and those wounds are very, very raw, but the election is over and it’s time to start the healing. We need to turn down the rhetoric and start listening once again.”

Congresswoman Cindy Axne of West Des Moines won re-election to a second term and admitted she’s “one of the only bright stars” for the Iowa Democratic Party last night.

“While it’s too early to understand exactly what our government will look like in January,” she said, “it will be important to come together to fix the issues facing our nation.”

“We just couldn’t overtake Polk County, but that’s life,” Young said in a speech at Iowa GOP Election Night headquarters. “…We left it all on the table/”

J.D. Scholten of Sioux City, the Democrat making a second run in the 4th congressional district, told reporters he was in shock about the abysmal turn-out for his party. Scholten said he got smoked in counties he did well in two years ago when he came within three points of Republican Congressman Steve King.

“We worked our tails off,” Scholten told Radio Iowa. “If you prepare and do everything to the best of your ability, you can go to sleep knowing that you gave it your all.”

In the state legislature, Republicans gained seats in the Iowa House and will hold at least 59 of the 100 House seats in January. House Speaker Pat Grassley, a Republican from New Hartford, spoke with Radio Iowa just before midnight.

“We recruited good candidates. We raised good money and honestly, we worked,” Grassley said. “We had a great ground game that the Democrats did not have and I think they’re going to wake up tomorrow morning and look at themselves and say: ‘That can never happen again.'”

Republicans also retained their 32-to-18 seat edge in the Iowa Senate. Senate President Jack Whitver, a Republican from Ankeny, drew cheers from the GOP’s Election Night crowd in Des Moines with this declaration: “As we look across the state at these results, I just have one word for you — that’s a mandate.”

The Iowa Democratic Party did not host an in-person gathering last night, but has issued written statements about a few key races. Congresswoman Finkenauer issued a written statement, too, saying given the historic turnout, her campaign team wil review data on outstanding ballots and provide an update sometime today

“Adequate time is necessary to make sure that the voice of the people is heard in order to shape the democracy we deserve. Ultimately, we must take the time to count every vote and swear in the government the people choose, so we can tackle challenges like COVID, health care and making sure we all have the opportunity to succeed.”